May 5, 2017 · by Quality Villas
Italy is one of the most popular overseas holiday destinations, and after you have ticked off the big cities of Rome, Florence and Venice, why not seek out somewhere different and off the beaten track? Umbria, also known as the Green Heart of Italy, is the perfect place for holidaymakers seeking out a different experience of Italy.
Much less touristy and a less expensive than the well-known regions, you are sure to find total relaxation and serenity when you visit Umbria. Book one of Quality Villas luxury villas in Umbria to ensure you have the ideal base for starting off on your Italian adventure.
Why Umbria?
Umbria is often described as Tuscany, but without the crowds, but it is much more than that. Wandering through the major towns and smaller villages is very different to visiting the towns of Siena or Lucca in Tuscany. With fewer crowds, the museums and peaceful streets are much more fun to explore. Each of the medieval villages found in Umbria has something unique, from traditional cuisine and wine to Etruscan artefacts. Some of the towns have churches and museums as their main attraction; others offer activities such as wandering the hilly backstreets and stopping for a homemade gelato.
Assisi
Assisi is the most touristy town in Umbria, and as the home of St Francis, it is also a religious pilgrimage destination. The tour groups which crowd the city every day indicates the city is an essential stop for visitors to Umbria. To get beyond the crowds and tacky souvenir shops, arrive early in the morning, so you can have a cappuccino before the tourists descend, and stay late in the evening to enjoy an evening stroll. The primary attraction in Assisi is the Basilica of St Francis, with the crypt of St Francis. One of the major events to try and see in Assisi happens in May. Known as the Ides of May, the festival features Renaissance and medieval costumes, parades, theatre and dance and concerts. 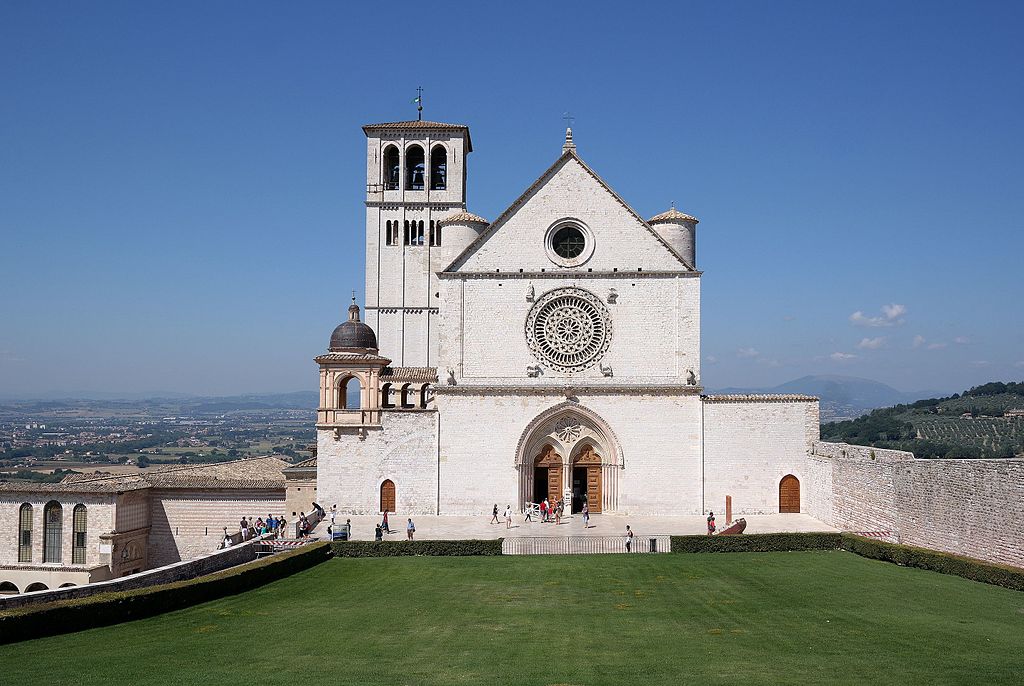 Perched on a hilltop offering panoramic views of the rivers
and valleys below gives Montefalco its nickname of the Balcony of Umbria. A
popular destination for wine lovers, tourists
can arrange visits to the wineries and vineyards throughout the year. The last
weekend in May is designated as Cantine Aperte when wineries open their doors
for tastings along with food and music. On Sundays throughout the summer, many
wineries welcome visitors and professional guides will take tourists on a tour
of several wineries. In June, the Settimana Enologica is a ten-day event
celebrating wine, and in September grape harvest celebrations are held. 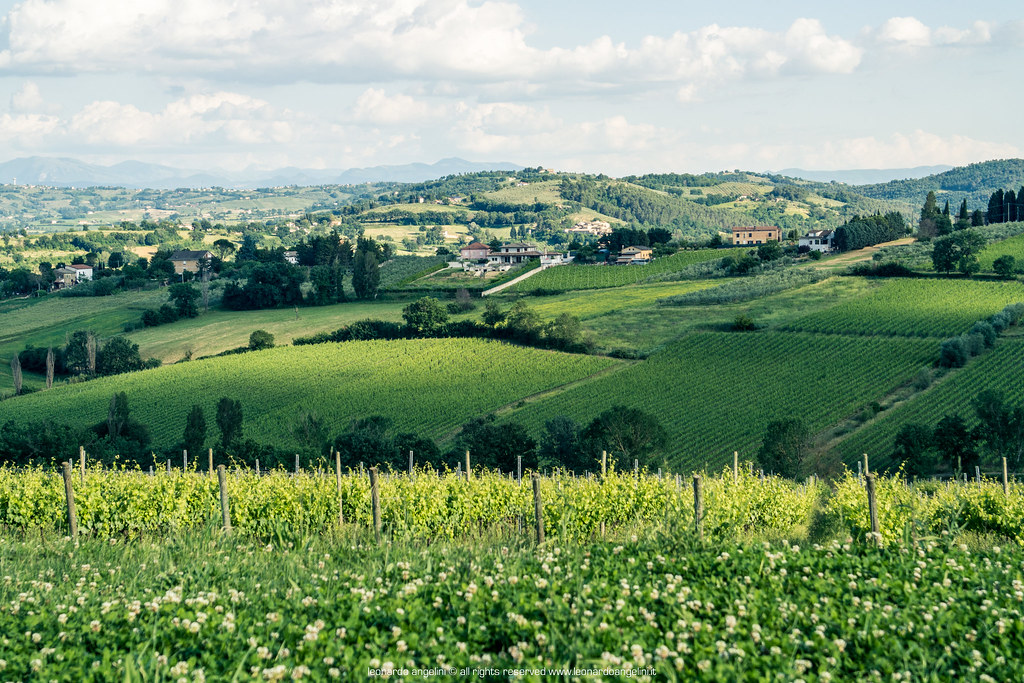 In southern Umbria, Orvieto is a favourite for many who
visit the region and is famous for its white wines. From this hilltop city,
visitors can take pleasure in the gorgeous views of the valleys below, dotted
with small towns and vineyards. In addition to the wines, restaurants and shops
selling handcrafted gifts, ceramics and local foods, there are a few other
attractions not to miss. Orvietos Duomo is in the heart of the city and has
one of the most elaborate Gothic-style facades seen in Italy, and houses some
famous frescos (murals painted on a wet plaster surface). Also on the central
piazza is the Musei Faina e Civico features a collection of Etruscan artefacts,
and you can find other remnants of Etruscan
history at the Pozzo della Cava.
In October, the Orvieto con Gusto takes place over eight days dedicated to
Italian food and wine.

Gubbio is one of Umbrias oldest towns and is considered to
be quintessentially Umbrian with its hilly streets and ancient art. The
Municipal Museum located in the Consul Palace is one of the towns most
prominent attractions and is home to the Eugubine Tablets  ancient slabs with
Umbrian inscriptions. Gubbio also hosts several events throughout the year. The
traditional Crossbow Festival takes place in May and features a competition and
parade. Late in the year, Gubbio celebrates truffles, a popular delicacy in
Umbria. The White Truffle Fair takes place in late October and early November.
During the festival, truffles and other local delicacies are available to
sample. 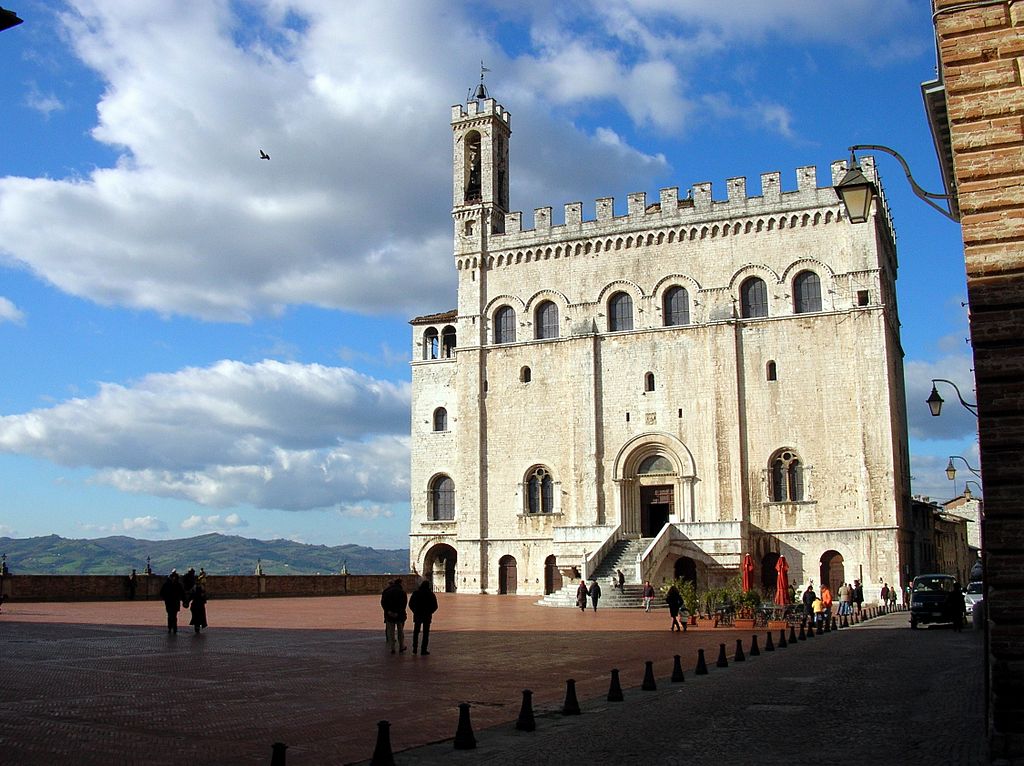 A bustling town famous for chocolate and festivals, Perugia
is a vibrant city in Umbria. There are many narrow, twisty roads which lead you
to the heart of the city, the Corso Vannucci, where Perugians take their
nightly passeggiata,
an evening stroll before they dine, which visitors are encouraged to take part in. The city has several attractions, one being
the National Gallery of Umbrian Art, considered to be one of the best in the
country for Renaissance art. Another popular attraction is the Rocca Paolina,
an underground fortress. You can wander the ruins and check out an ancient
Etruscan gate. In July, the ten-day Umbria Jazz Festival is held drawing musicians and music lovers from
around the world to Perugia. It features parades, concerts, food and wine. In
October, there is the annual Eurochocolate Festival,
featuring tastings and cooking classes.

The town of Spoleto has several attractions and its Festival of Two Worlds in July that draws in
the tourists. The month-long festival features all aspects of art, with
concerts, opera, dance, films, and theatre bringing visitors from all over the
world. Other attractions include the 14th-century Ponte delle Torri bridge which provides panoramic
views of the lush green valley surrounding Spoleto. The main Duomo, or
cathedral in Spoleto is also an impressive sight. Constructed in the Roman style, the interior is home to various
stunning frescos. 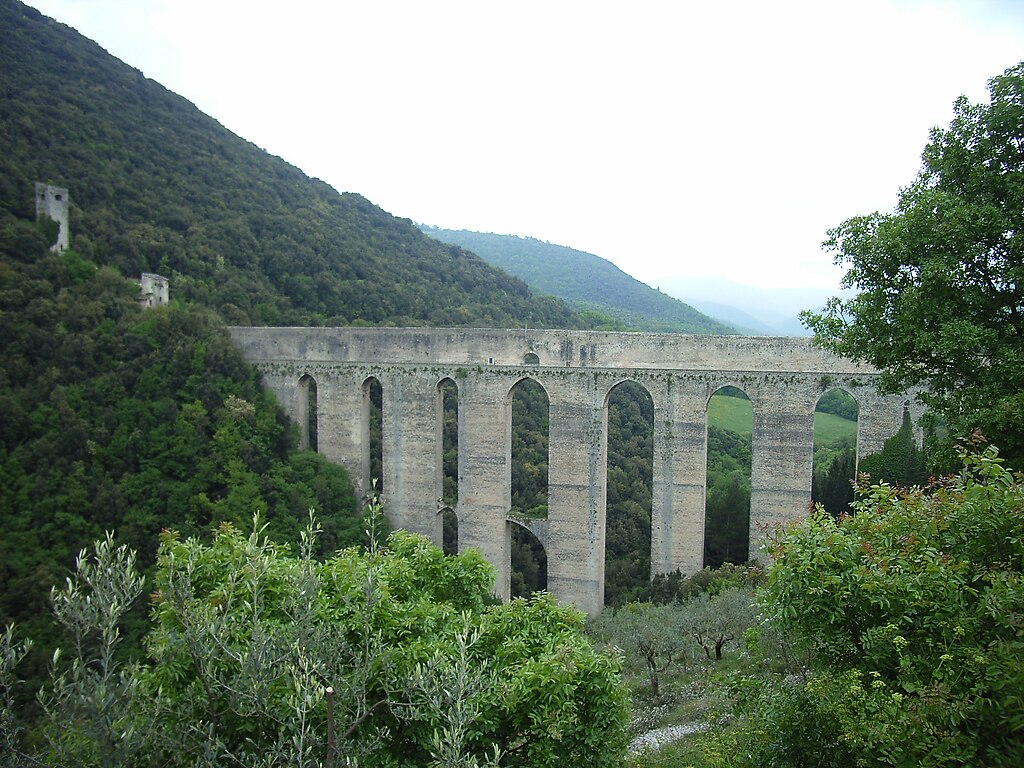