explore these loire valley chateaux during the winter months

December 7, 2016 · by Quality Villas
The magnificent chateaux that line the River Loire are always a popular attraction to the region during the summer, but there are some that stay open in the winter. In the off-season, you have more space to explore the stunning castles without the crowds and though the parks and gardens are less colourful in the winter, you can still be impressed with these magnificent places when on your French chateau holidays.
The four chateaux below are some of the best which stay open during the winter months, all close to our villas in the Loire Valley. Dont miss a chance to explore these places when there are fewer crowds.
The Royal Chateau dAmboise

The French Kings Chateau dAmboise sits on the western end of the Loire, between Tours and Blois. The fully furnished apartments of the medieval fortress date back to the 15th century and Charles VIIIs reign, and there is plenty to see from royal portraits of the many monarchs who have stayed at the Chateau to the hidden underground passages. As a bonus, Leonardo da Vinci spent the last years of his life here, invited by François I. He spent his time drawing and teaching during his time there, and was buried in the Saint Hubert chapel inside the Chateau grounds.

This chateau is open during in the morning to 12.30pm and in the afternoon from 2pm – 4pm during December, January and February.
Chateau de Chaumont

Between Amboise and Blois, the medieval castle Chaumont was built in 1465 on the site of a 10th century fortress. The architectural design of the castle is interesting as when work started it had elements of a defensive castle, but as time went on, parts were added that were much more in the ornate style of a renaissance chateau. The castle was bought by the notorious Catherine de Medici in 1560 where she entertained many people including astrologer Nostradamus. Upon her husband, Henry IIs death she forced his mistress to exchange Chaumont for the Chateau de Chenonceau which was a little grander than Chaumont.  The chateau is currently a museum, with its garden being one of its most popular attractions.
Chateau de Chaumont is open from November to March between 10am – 5pm with access available to the chateau, stables and park included in the ticket price.
Chateau de Chambord 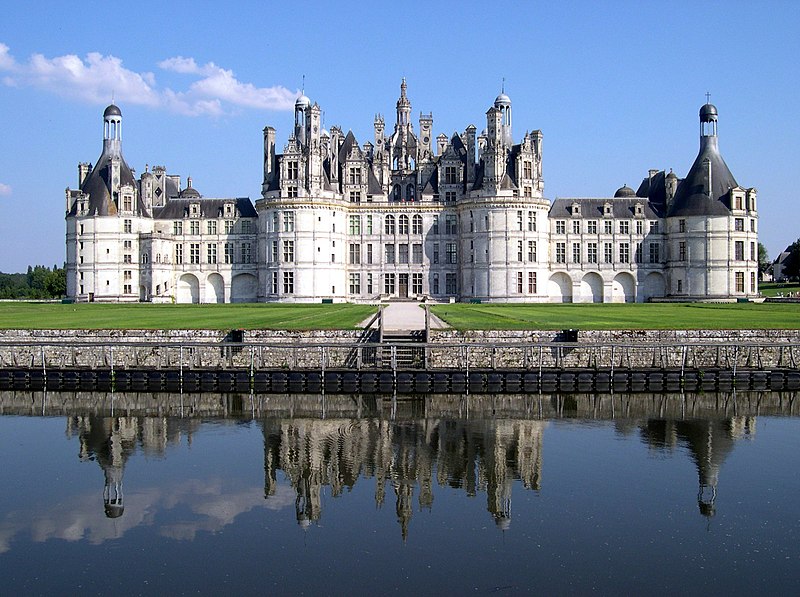 One of the first classical palaces built in France, it stands in the midst of a huge parkland on the edge of a forest. The chateau was not intended to be a permanent residence for the royal family and was often left empty. An architectural jewel, François I would show off Chambord to ambassadors and other dignitaries as a symbol of his power. The chateau contains some of the most beautiful tapestry collections preserved in France, as its vast rooms are perfect for hanging the large tapestries. When visiting Chambord, you can explore the staircases, terraces, galleries and great rooms and even if you spend a whole day there you will not see everything. And for the park, you are sure to discover its beauty any season you visit.

All through December until the end of March the Chateau is open from 9am – 5pm, with the last entry a half hour before closing.
Chateau de Blois

One of the grandest chateaux found in the Loire, Chateau de Blois stands high above the town. Originally just a medieval castle that defended the area, François I moved to Blois in 1503 and many kings and queens of France made their home there since. The chateau has been classified as a historic monument since 1845 as it represents a magnificent panorama of the art and history of all the castles in the Loire, and contains a mixture of architectural designs itself: remnants of the medieval fortress can be seen in the François I wing, the Louis XII wing was built in a gothic style, an edifice inspired by the Italian Renaissance looks over the courtyard, and the Gaston of Orleans classical wing constructed in 1635 incorporates many classical 17th century styles like columns and pediments that pay tribute to Greek architecture.
As one of the most popular chateaux in the region, Chateau de Blois is open all year round, except for December 25 and January 1. Opening hours are December to March, 9am – 12.30pm and 1.30pm – 5.30pm.
Images by: Janodile, Benh Song, Christophe Finot, Gilles
Related Categories