Florence is one of the most-loved cities in Italy; close to
our Tuscany villas, it is famous for its globally-acclaimed art, architecture
and history. While the majority of people will know, for example, that the city
was the home of the Italian Renaissance artists, however, we hopefully have a
few facts that you have yet to discover about Florence.

Florence was the first European city to build paved streets

Though the roads leading in and out of the city can be
credited to the Romans and the vast road system they built from 500BC onwards,
Florence holds the honour of having built the first paved streets in Europe in
1339. Many of the original streets survived today, with craftsmen having to
chisel out the grooves in the pavements and streets even today.

The citys Ferragamo Museum houses an incredible 10,000
pairs of shoes

Milan is often regarded as the fashion capital of Italy, but
it is in Florence where you will find an astonishing collection of 10,000 pairs
of designer shoes. They can be found in the Salvatore Ferragamo Museum,
dedicated to the luxury designer, with the shoes on display rotating twice a
year. 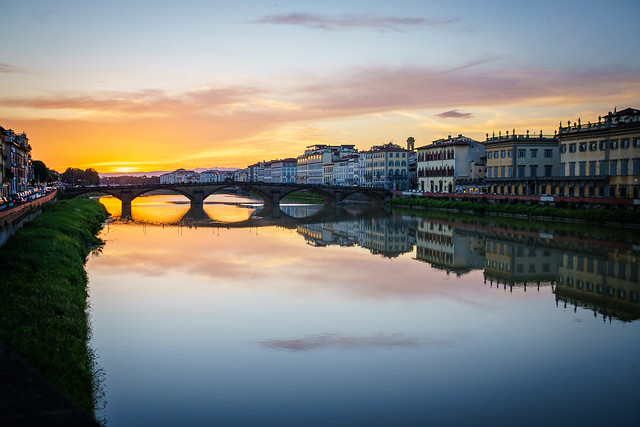 On the subject of fashion, Florence is even more important
in this sector than you might think. The headquarters for some of the worlds
top Italian fashion designers, including Salvatore Ferragamo, Roberto Cavalli,
Gucci and Emilio Pucci, can all be found in Florence.

The streets can lead to confusion

If you have never been to Florence, be warned that the
streets can have one name at one end and a completely different name at the
other. One example is Via Martelli, which leads away from the Duomo, and
becomes Via Cavour once it reaches the first crossroads.

Like several other regions and cities in Italy, Florence
also has its own unique sub-cuisine, offering a variety of individual dishes.
Some specialties of Florentine cuisine include tripe (a cows stomach lining)
and the bistecca alla Fiorentina, an enormous char-grilled T-bone steak.