June 13, 2017 · by Quality Villas
When we think of France, our mind automatically goes to Paris and the Eiffel Tower, but there is much more to France than its capital. We have put together some of the top attractions to see in France, outside of Paris, from beautiful natural landscapes to historic buildings and structures. Wherever you choose as your holiday destination in France, you are sure to find some incredible places to see.
Arenes de Nîmes
The best preserved Roman amphitheatre in the world, the arena has dominated the city of Nîmes for 2,000 years, which bears a huge testament to the genius of Roman engineers. The perfect they achieved building places such as this means we can enjoy them today. The Arenes de Nîmes holds events throughout the year such as concerts, which is wonderful to witness in such a historical place. Also, the amphitheatre is close by to Orange and the Pont du Gard.
Mont Saint Michel
One of the first places to achieve UNESCO World Heritage Site status, Mont Saint Michel of the coast of Normandy is a place where the forces of nature meet the skill of medieval architecture. On top of the rocky tidal island sits the legendary Abbey, a symbol of French national identity and a place of French resistance against the English during the Hundred Years War. A wonderful place to visit throughout the year, it is easy to see why the Abbey has become such a popular tourist destination. Pont du Gard
The Pont du Gard was built over 2000 years ago by 1000 people, and it took five years to build. The spectacular structure is made without the use of mortar, which makes it that much more impressive. The structure was part of a nearly 50 km aqueduct which was designed to carry water through the Gardon River Valley to the Roman city of Nemausus (Nîmes). However, from the 4th century onwards its maintenance was neglected and pretty much forgotten about. Today, thousands flock to marvel at the three-tiered aqueduct, considered to be one of the most outstanding pieces of the Roman legacy. Lascaux II
In 1940, four young children accidentally discovered a system of Palaeolithic caves with over 1500 well-preserved cave paintings and engravings of wild animals, in a little oak forest south of Montignac, Dordogne. The cave system was believed to be a sanctuary for the performance of sacred rites and estimated to date back about 17,000 years. They original caves were appointed as a UNESCO World Heritage Site in 1979, and have been closed to the public since 1963 to preserve them. A detailed replica, named Lascaux II was created in 1980 for the public to see that the paintings are like and follow in the footsteps of the early humans.

Carcassonne Medieval City
There is, in fact, two Carcassonnes  the walled City (Cité) and the adjacent town (ville basse), at its foot. You can truly step back in time when you visit the fortified settlement, with its cobblestone streets, medieval buildings and squares filled with atmospheric bars and restaurants. It is a truly unique place to visit in France, which you are sure to love regardless of whether you are interested in history or not. Throughout the day, there are crowds of tourists to contest with, but in the evening Carcassone is quiet and enchanting. Theatre Antique d’Orange
Orange is an ordinary town without that touristy vibe. Agriculture is at its heart, and that modest lifestyle makes the impact of the ancient heritage of the town much greater to visitors. Orange is home to one of the most complete and best preserved Roman theatres in the world. Built in the first century AD, it has many distinct and wonderful features, from the tired seats and a grand stage. In the summer, it is the venue of an opera festival, the Chorégies d’Orange. 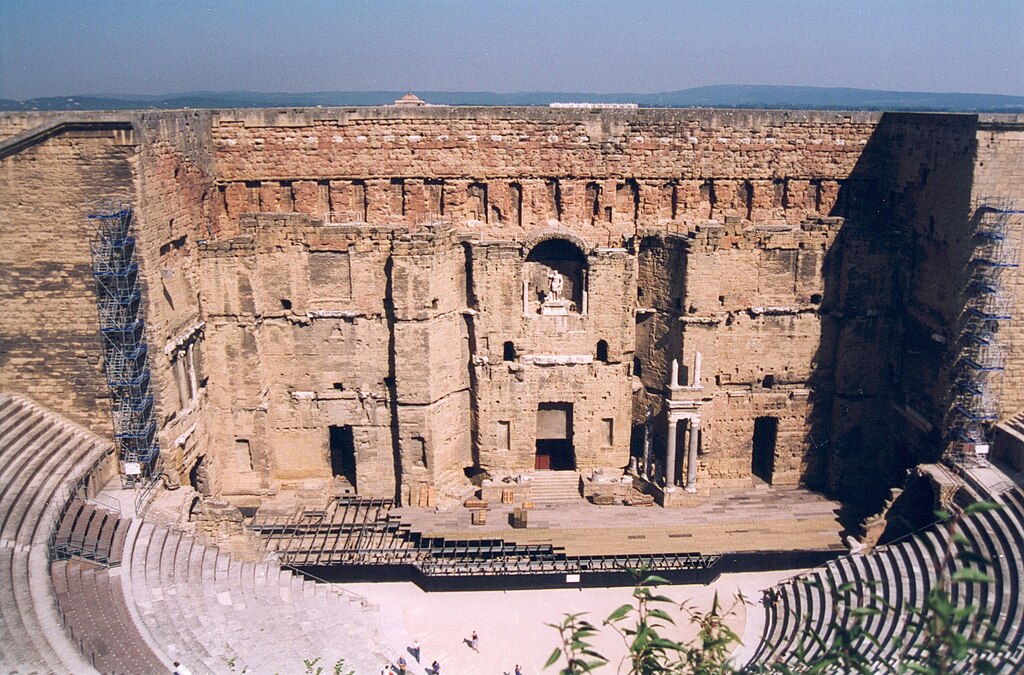 St Tropez Beaches
A gem on the shiny Cote dAzur are the beaches around St Tropez. There are several to choose from; if you are opting for a family beach day, La Bouillabaisse is the beach to go for, or if you want something a bit quieter head to Plage de la Briande. For bars and trendy hot spots, try Plage de Pampelonne, or if you want to do some celebrity spotting, the Plage de Tahiti is a safe bet. No matter where you go, you are sure to find a spot on the golden-white sands and enjoy a dip in the sea, before heading back for a leisurely evening at our luxury St Tropez villas. La Rochelle Aquarium
If you want to see the best of what the worlds oceans have to offer, head to La Rochelle Aquarium in the Vendee Charente region of France. A great one for the whole family, there are dancing jellyfish, Mediterranean corals, shoals of piranhas and the king of the sea, the shark. All of this is packed into two floors, and the beautiful creatures are displayed well in the tanks. There is a fantastic collection here, and along with the interactive displays, it is easy to spend a whole day at this aquarium.
Loire
Valley Chateaux


Frances
Loire Valley is like a fairytale land off medieval and Renaissance chateaux.
There are hundreds of chateaux to visit; we
even put together a seven-day itinerary so you can get the most of out of the
region during your stay which you can read here.
The most popular include Amboise, Chambord and Chenonceau, but you can also see
much more on a boat ride down the Loire
River, which gives you a unique view of
the grand buildings. The
Chateau Villandrys garden is more famous than the building itself. They are
Frances most complete example of the formal Renaissance style which was adopted in the 16th century, and
there are majestic patchwork flowerbeds which can be best experienced from the terraces of the castle. You can see a
birds-eye view of the ornamental garden, which blooms with gorgeous colours
throughout spring and summer. In
addition to the lavish lifestyle, gorgeous beaches and exquisite food you can
experience along the French Riviera, there are also some beautiful natural
landscapes to see too. The Gorge du Verdon stretches some 15 miles in length
and rises 700 metres from the Verdon River below. The river, with its bright blue hue of the water, is an immensely
attractive feature to visit, and you can go sailing or kayaking along its
length or walk the cliffs.